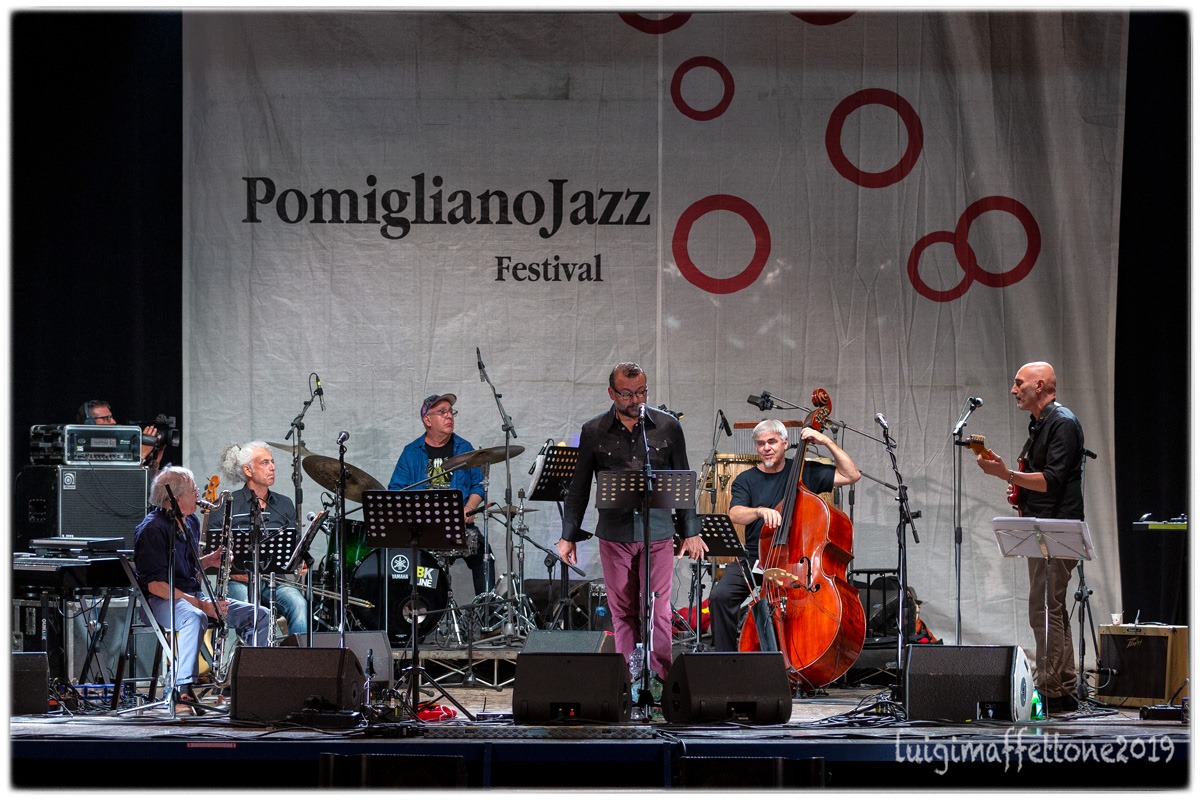 IDR (Italian Doc Remix) was founded by Italian-born guitarist and composer Marco Cappelli and American-born percussionist Jim Pugliese. The group made its debut at NYC’s Issue Project Room back in 2004. After connecting with the finest of New York’s Downtown Improvisers, Marco Cappelli organized an all-star ensemble to produce the group’s critically-acclaimed 2008 debut, which featured Marc Ribot and DJ Logic.

“IDR’s music reflects the process of the  immigrants memory’s distortion from second generation on, say Cappelli and Pugliese. “This is what happens by living in the New York cultural melting pot with a strong traditional background; IDR’s music is at the same time far from the original source – for geographic, chronological and cultural reasons – and full of tradition’s elements. IDR’s music is impossible to fit in any conventional standard.”

“Since its premiere performance, IDR has perfected its instrumentation, interpretation and personal language, viewing the project as a complete expression rather than a series of individual pieces. This music is about connection: the connection to one’s culture as well as the merging of styles of different cultures and centuries. It’s about a commitment to culture that Marco felt in Italy and to the music of a particular place and time in New York. Percussionist Jim Pugliese felt the urgency of this mix and encouraged Cappelli’s sorcery. There is alchemy here, a magical blend that emerges as Marco mixes rare ingredients, rearranges and transmutes traditional melodies into spontaneous, musical gold. Marco’s “canons” and “ostinatos” break down the structure of traditional sonic worlds and entwine them in fresh detail, bringing them into harmonious accord.” – Suzanne Fiol (Issue Project Room founder, NYC)

Parking lot in near